The first BEPA Annual Report is now available to give a granular insight about all activities performed by the association over 2021 that led to its exponential growth, and establish the guidelines to tackle the 2022 challenges. 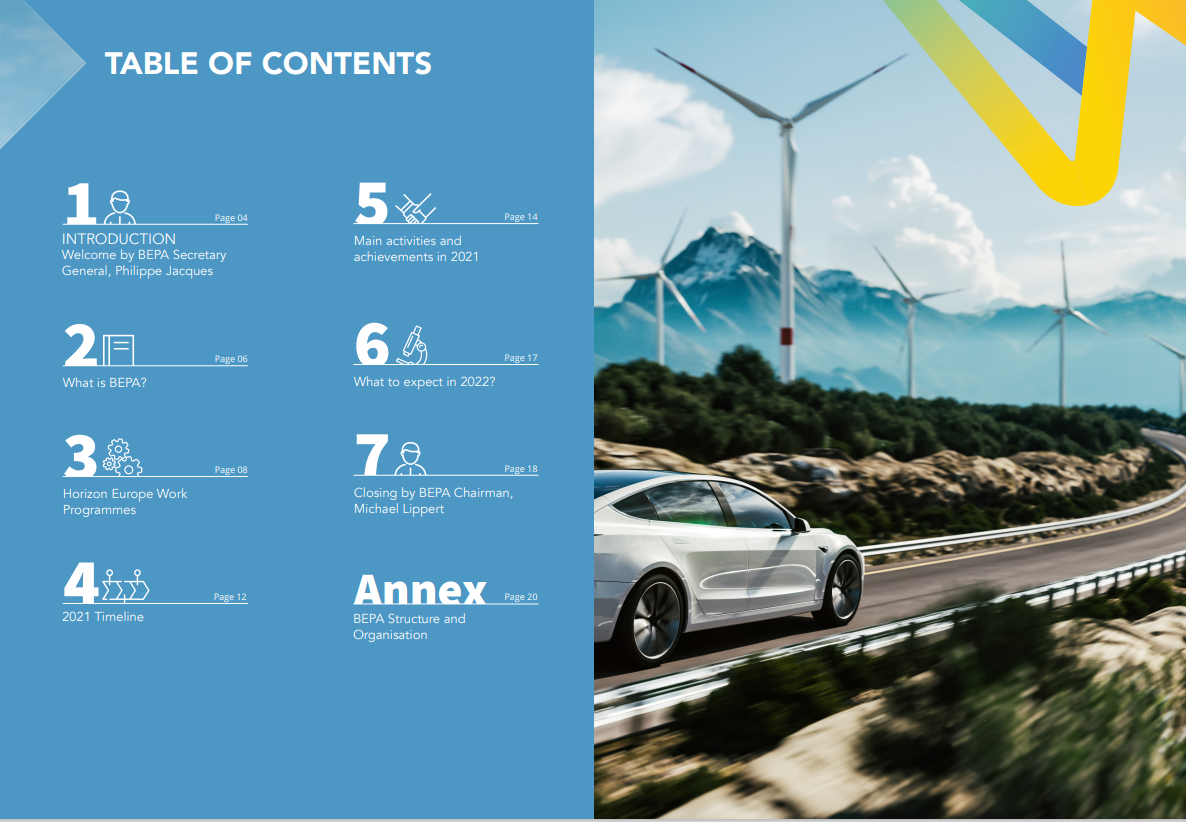 “Since its official launch in December 2020, BEPA went through a dynamic, successful and positive year. With more than 180 members now, BEPA succeeded in gathering a vast number of European battery stakeholders coming from all segments of the value-chain, including prestigious research centres and industry actors who are key to improve the competitiveness of the industry,” claimed Michael Lippert, BEPA Chairman, in his end-of-the-year remarks.

In an attempt to streamline the association’s management and better establish the roadmap to meet the set values and missions, BEPA has published the first annual Activity Report.

The document celebrates the successes of BEPA, diving into an activity overview of 2021, and monitoring and reporting the performance in achieving the targets set when the association was initially established.

Among the chief achievements of 2021 Michael Lippert recalls “the signature of the Batt4EU Memorandum of Understanding with the European Commission which officially launched the Batt4EU Partnership.” He adds “Another key milestone was the formal adoption of the Strategic Research and Innovation Agenda (SRIA). BEPA also launched its 5 Technical Working Groups in charge of identifying, prioritising and drafting the next calls for proposals under Horizon Europe. Based on the recommendations submitted by BEPA, the first calls of the Work-Programme 2021-22 were published by the European Commission and received a high response rate from industry and research in all categories at their closing date in October.”

Looking into 2022, BEPA will further strengthen its cooperation with stakeholders at European and national levels, and continue to work closely with the European Commission towards a stronger and more competitive EU battery sector.