The collaboration between BEPA, EGVIAfor2Zero, and the European Commission Joint Research Centre (JRC) has been officially launched, defining activities relevant for collaboration. 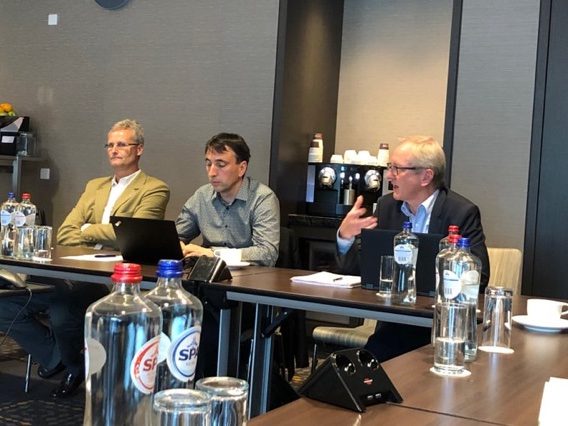 The collaboration between BEPA, EGVIAfor2Zero, and the European Commission Joint Research Centre (JRC) has been officially launched after a full day of discussion between the three parties at the Hilton Hotel at the Amsterdam airport in Schiphol, the Netherlands. The session in Amsterdam on June 28th signified the renewal of a longstanding collaboration between the JRC and EGVIA, now with BEPA as its third party, linking the work being done with research done within the BATT4EU partnership.

The collaboration agreement defines 8 activities for collaboration related to battery safety, reliability and sustainability. During the meeting, the JRC presented updates on recently completed projects and ongoing research in these areas. These updates provided some background and showed possible pathways for the first steps in collaboration, with information sharing and feedback on some of these ongoing efforts.

BEPA Chairman Michael Lippert thanked the JRC and EGVIA for setting up this collaboration and inviting BEPA. He remarked that the defined topics are interesting, and that information sharing is not easy with these constantly evolving technologies, but that it’s all the more necessary to keep each other informed.

The session in Amsterdam proved that there was a big appetite for collaboration from all sides and the parties will investigate the possibility of future workshops on areas of common interest, such as the batteries regulation and safety standards. After a productive kick-off session, BEPA looks forward to working closer with EGVIA and the JRC, and to the future meetings between the three parties.