ICBR 2022 – Battery recycling is ready to meet the challenge

BEPA was present at the International Congress for Battery Recycling 2022 which was held in Salzburg, Austria, on 14-16 September. The conference featured Battery recyclers from all over Europe, along […]

BEPA was present at the International Congress for Battery Recycling 2022 which was held in Salzburg, Austria, on 14-16 September. The conference featured Battery recyclers from all over Europe, along with many international representatives from Asia, North America, and elsewhere. While many different topics and perspectives were presented, the tone was clear: European battery recyclers are ready and willing to mee the demand of the growing battery market. While many admitted that Li-ion battery recycling is commonly thought of as an up and coming technology for the near future, the presenters and exhibiters made clear that this is no longer the case, the technology is here, it is effective, and it can significantly help the growing material challenge. While new raw materials will likely always be needed, battery recycling can play a huge part to alleviate this growing cost. Many recyclers are proudly able to retrieve more than 90% yield from used batteries, recovering nearly all of the valuable materials. In a world where international competition and raw material scarcity make batteries more and more expensive, the ability keep 90+% of the materials in use in a circular economy is a huge benefit.

Another point frequently mentioned in the conference centred on the upcoming Batteries Regulation, setting standards and requirements for battery recycling. A presentation from a representative of the European Commission gave an update on the regulation, and explained that battery recycling is a strategic imperative for Europe. Battery recyclers responded to this by explaining their eagerness to contribute, and with their confidence in meeting – and exceeding – recycling targets. Another presenter pointed out that while there are not yet formal standards in Europe for recycling, dozens of presentations outlining strikingly similar processes prove that most are operating in a standard way regardless, and thus the prospect of official standards being introduced are not viewed with concern.

That being said, there are naturally several topics of debate among the battery recycling industry. Recycling batteries versus reusing them for second life applications remains a hot topic, along with the more practical debate of disassembly versus crushing used batteries. The limiting factors for disassembly are generally do not necessarily be solved by new technology, but by different business decisions. Battery producers can encourage disassembly by taking disassembly into consideration in their design and refrain from design decisions like the use of 6 different sizes of screws in one battery pack, for example. In such cases, crushing the battery whole then becomes the easier option, though this limits the recoverable materials from the battery. Re-using old batteries for second life applications also has its challenges, however it was also demonstrated that both are possible, by discharging used batteries help power the recycling facility, for example.

Some of the other challenges relate to the business case, like receiving enough batteries to make the recycling operation profitable on one side, and finding buyers for black mass and recovered materials on the other. This is also depends on the chemistry of the batteries received, with the materials inside having a big impact on the business case of the recycling operation. Certain chemistries are not currently recycled, simply because it is not profitable to do so in the current economy. However, battery recyclers remain optimistic that with the rising demand for materials and growth in the demand for batteries, these challenges will soon be a thing of the past. 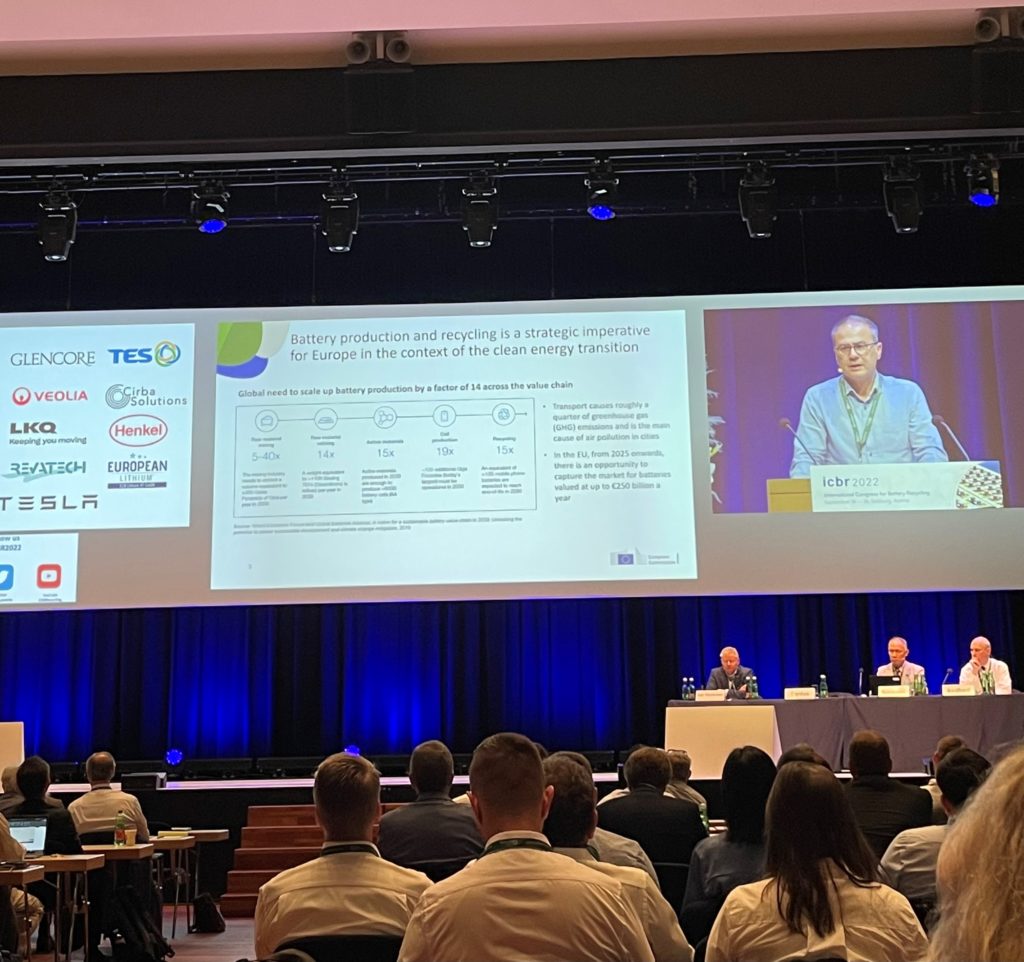